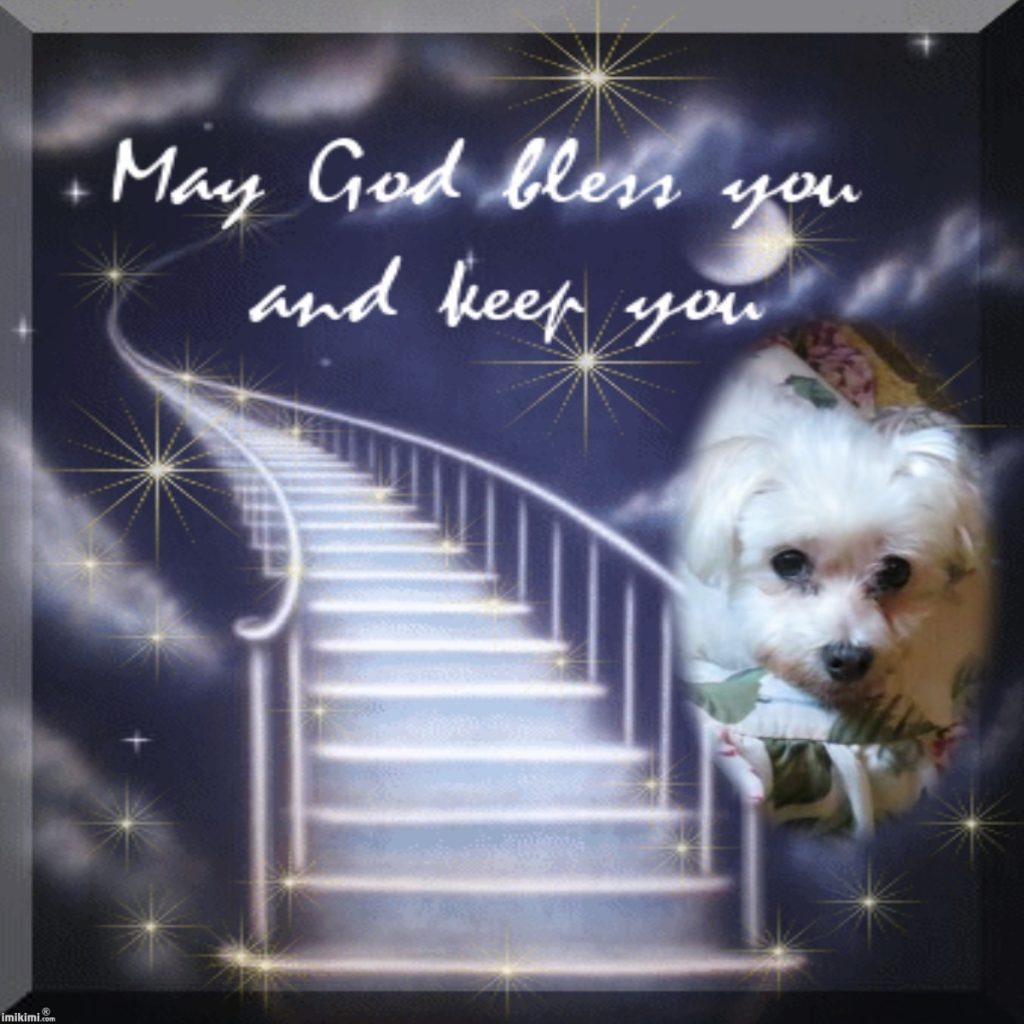 Bo came to us in 2005 from Hummelstown PA. He had a home and they decided to get rid of him because a new baby was coming. In the first days that we got him we realized he had been teased badly by the older boy in the home. When we picked him up we knew something was not right. He was always on the defense around food and if you touched his collar. He was very nippy at times. We were supposed to foster him but it became obvious to us that he could not go to a home with children. It was decided he would stay with us. He learned to get along pretty well with the other pets in our home. He was very stubborn and when he needed to have bladder surgery for stones he fought back to get well and did not give in. He was about 4 years old when we got him. In December of 2016 Bo had a mouth bleed and a trip to the vet determined he had oral cancer. He was brave and would let me clean his mouth if it would bleed. After a couple weeks we could tell he was not comfortable and we decided to let him go to rest. He sat on my lap on the way to the vet and I think in his own way he knew it was the end of his life and he seemed very peaceful. We decided there was no reason to let him continue life as it was no longer quality. He looked at us as if he knew we were going to help him go gently. Bo died peacefully as we held him at the end. He was no longer in any pain and we knew we made the right decision. He will be remembered for his strong will and never giving up. He had a good life her for about 11 years and we are glad that we were able to adopt him. In his own way we knew that he loved us even though he was not much for being held he would sit with us. We do miss Bo and are amazed at the brave way he handled the cancer in his mouth. He did not give up until the last few days. Rest in peace little buddy!

You will always be in our hearts,