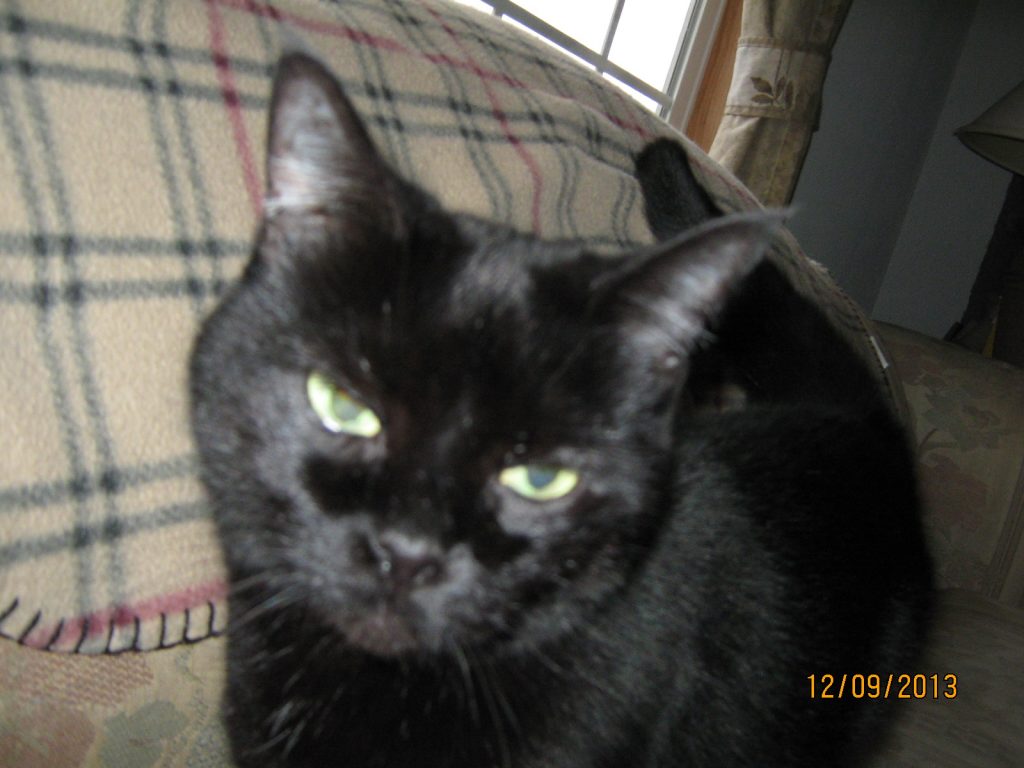 Mystical came into our lives in June of 2002. She was a sweetie from the beginning. We did not know she was about to have kittens. Three of them were born in August. I started calling her mommy girl and she got so used to being called that. At night when I would lay down on the couch, she would climb up on me and just meow like she was saying “mom”. In the middle of September of 2014 she had a little stroke. Then two or three days later she had a major stroke. She got so bad that she could not even get up. So then I knew it was time to let her go. We said goodbye to her while holding her at our vet’s office. Mysti mommy girl took a big part of my heart with her when she passed on over to the other side of the Rainbow Bridge. But she had friends waiting there. I will miss her with all of my heart.