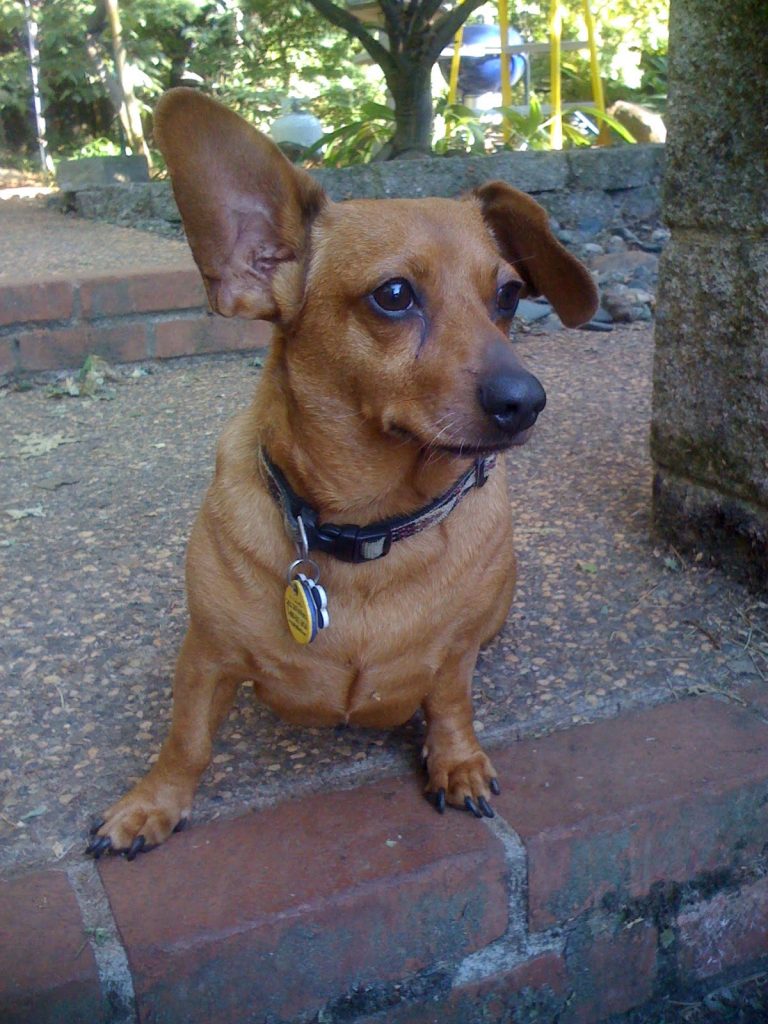 Our Little Man, our joy and our love, our protector and best friend, passed on Friday, April 9, 2021 at 3:35pm at the age of fourteen. We are heartbroken. Buddy was the best dog ever, incredibly intelligent, loyal, loving, playful and always protecting mama. A dachshund-corgi mix, he had been found as a puppy roaming the streets in Everett, Washington in 2007. Initially, we were just going to foster him until we found a permanent home, but Buddy had other ideas. He won us over with his personality and brains. We adopted him, and he happily accompanied us all around Washington and California as we moved numerous times for work, and he was always happy to explore each new place, never nervous or afraid.

We rescued dozens of dogs over the years, and Buddy was the smartest of them all. He was the best dog for many reasons. He was Kathy’s protector, he was fearless, he helped raise or take care of dozens of animals, not just other dogs, but cats, bunnies and more. And they all loved him. But at times, he had to show the others who was boss, and I once saw Buddy chest bump a 100 pound black lab who was not behaving. The lab backed down. Buddy was truly one-of-a-kind.

Although he was from the Puget Sound area, he loved the hot summer days of California’s North Valley. He would often lie on the concrete when it was 100 degrees outside, soaking up the sun. But his favorite place to be was on the lawn on a warm, sunny day, when he would roll, rub his face on the grass, and just lie there.

He loved to chase tennis balls, especially the squeaky type. That was our favorite time together, when I would squeeze the ball to get his attention, and he would run to get it from me, growling the entire time he had it. And there was no taking it back! We always needed multiple balls in order to continue playing. In his last couple of years he was mostly blind and partly deaf, but he could still hear the high pitch of the ball’s squeak when I squeezed it, and he would make his way to it. When Buddy took the ball from me, he would jump into his his bed, chewing on it and growling, until I squeezed another ball and then it would start all over again. Even in his last weeks, I squeezed the ball until it squeaked, and Buddy gently took it from my hand, growling his adorable little growl.

Buddy, we love you, now and always, from the time that you came into our lives, and until we breathe our last breaths. And if there is a heaven, I only want to go there if you and all of our other animal friends are there as well. Rest in well deserved peace, Mister Buddy. Your spirit will be with us forever.

Thank you for gracing us with your life.