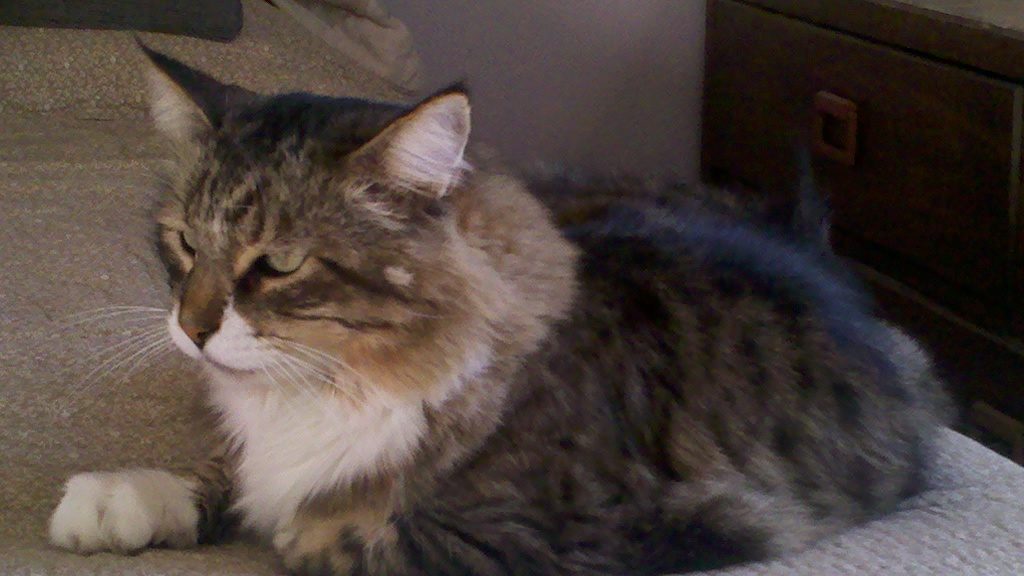 Hidden Moon came out of the forest near our Ruidoso, NM cabin with an injured paw. We took him to the vet for neutering and hydrotherapy but could not bring him inside because of one of our dogs. When we moved to Grants, NM I was able to capture him and eventually he became an indoor/outdoor pet – what a hunk he was! He was a tremendous comfort to me when my husband, Rick, passed away in 2014. With my move to Albuquerque in 2015 he remained inside for his elder years. He died peacefully – no sign whatsoever – I know he was greeted at the heavenly gates by Rick – rest in peace my sweet boy.