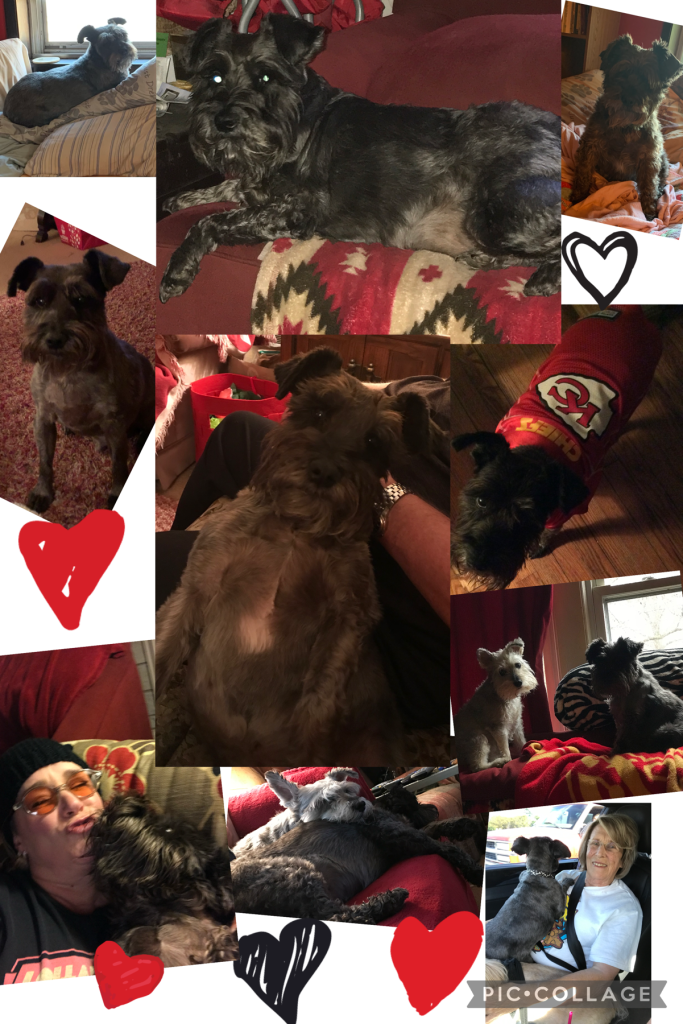 How could I have known how much love this little guy would give and create in me.

Mom had seen him wandering and we both already had one dog each, but we wanted to save him from being run over, so we captured him. When I took him to the vet for his fleas, doc told me, flat out.,”This is your dog.” That’s the day Shadow became my dog and Sportster got a brother doggie partner. That was 9/14/09.

He was the happiest of dogs, so happy to belong to someone. He would always be right beside me or any other human who was near. He always cut in front of any dog pets being given and would race back to the door 1st, after being outside. The only thing that could hold his interest away from people,…would be anything he could eat.

We called him a tank. He had an odd-shaped rear that was pretty big for his body size. He would usually persist at sitting or laying wherever he wanted even if we were trying to move him. I used to love when he would jump up in bed with me, scoot to the perfect spot beside me and turn around to plop down with his body bumping mine forcefully.

He was so full of enthusiastic energy. He would smile at me with his eyes and wag his stubby little tail double speed to show his happiness. There was not a toy he would not play with. He would grab it with his mouth and shake his head all on his own. Then I’d have to grab the other end and he’d make loud growling noises until I would pull it away, then he would watch excitedly waiting for me to throw it. He would race that toy back to me at top speed.

I loved to sit him up on my belly while laying in bed. I’d bend my knees and slant him back on my thighs. He was comfy there until I would start grabbing his paws. Then he would show the biggest smile, mouth open with all his teeth showing, trying to get my hands with his mouth. This obnoxiously loud funny growling holler would follow. It was darling!

First I named him Shadow for being Sportster’s shadow but he actually was my sweet little constant Shadow. He would watch as I was doing anything as if he was ready to help if I needed…I miss him dearly.